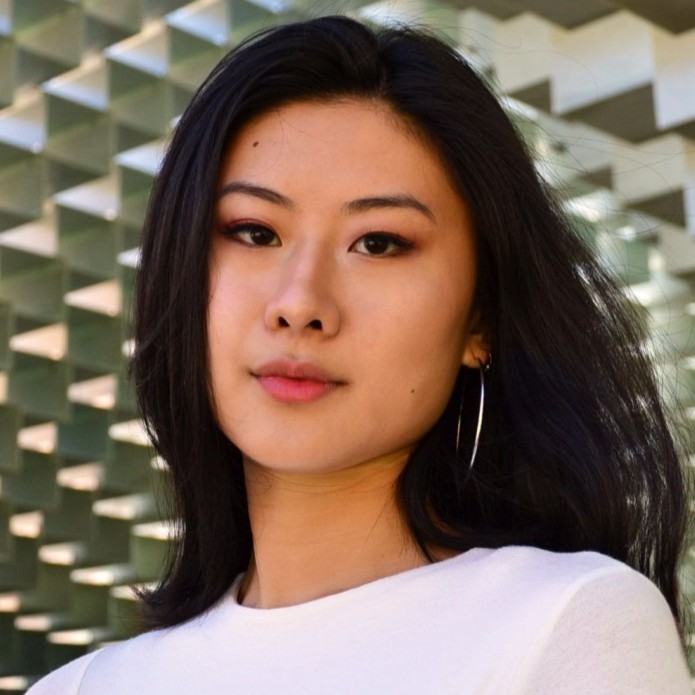 Zoë Thomson is the co-founder and Chief Innovation Officer at LUCID.

On International Women’s Day, we had some big questions for Zoë. We sat down for this conversation, in hopes of learning more about her experience working at the intersection of the tech, health, and music industry as a female founder.

She opened up about the significance of representation and gender bias; and how these issues affect women when seeking healthcare and in their respective careers. Zoë also highlighted the importance of adopting an intersectional approach to these issues; since the experiences of women of colour and trans women are often underrepresented or misrepresented.

What does being a woman in a leadership role, especially in a male-dominated industry, mean to you?

‍I feel honored and fortunate to be following the lead of many amazing women moving the tech industry forward. As someone who identifies as a woman, I bring a different perspective to the table than my male counterparts do, which I perceive helps us take a more considered and well-rounded approach in our strategic decisions. With that said, I’m no stranger to being the only woman in the room, and when you look at the boards of a lot of big players in tech and research there’s quite often a notable skew with respect to gender -- which I think is reflective of the continued need for more equal representation in leadership roles. Ultimately though, from an intersectional point of view I think there’s a lot of value in having more diverse perspectives at the table with regard to many overlapping aspects of identity, including but not limited to gender.

‍When you think about women working in the health, tech and music industries  - what are some significant issues or challenges that you’d like to see addressed?

This has been an active topic of discussion for years, but I think there’s still work to be done concerning representation across these industries. The field of music production remains surprisingly male-dominated, for example, which many people might not be aware of – so although more female performers are becoming super successful and there’s better visible representation in the music industry, I think there’s still this invisible inequality.

Within healthcare, although women make up around half the workforce, there’s consistent underrepresentation of women – especially women of color – in leadership positions. Tragedies like the Black maternal mortality crisis highlights the importance of rectifying this in order to support more equitable access to quality care. I think there’s still very real unaddressed gender bias in many industries as well – in tech, for example, most women feel they need to work harder than their male counterparts to prove their worth and perceive gender bias as an inhibitor to upward mobility. A report by Work-Bench last year found that female-founded enterprise software startups are only getting an abysmal 1.9% of venture funding, even though female-led teams have been shown to generate greater ROI than male-led teams. This hit home for me based on my role, and is likely the result of unequal gender representation at the corporate level and among VC firms.

None of these are new topics of conversation, and although positive change is happening, I think we all need to continue to do the internal work and keep asking the hard questions to foster more equitable workplaces.

How do you think women receive access to mental health care differently from men?

‍I think it’s important to note that there’s variability in women’s experiences in this regard. For example, many transgender women and gender-nonconforming folks have unique needs, experiences, and challenges in accessing mental healthcare that aren’t shared by cisgender women, and I think a lot of commentary about women’s health is pretty focused on the latter. With that said, there are gender differences in rates of mental health diagnoses, with women having a higher lifetime prevalence of mood or anxiety disorder diagnoses. It’s notable that there’s not much research pointing to an explanation for why this may be the case. However, when women present with symptoms like pain, providers are more likely to assume that these symptoms are a product of their emotions or a mental health condition as opposed to a physical one, or that they are exaggerating their symptoms – which is striking in contrast with the ongoing stigma that men often face around mental health, which inhibits many from seeking and receiving mental health support.

Representation within mental healthcare providers also remains uneven with respect to race and ethnicity, which likely also contributes to inequities in access to care. As the conversation around mental health continues to percolate, I think it’s important that we collectively take a closer look at both the variance in peoples’ mental health needs as it relates to intersecting identities, as well as biases and barriers to care that have become entrenched in the field and don’t align with .

‍Can you talk about the women on your team and how they’ve contributed to your goals and the company’s mission?

‍One of my favorite parts of my job is having the opportunity to exchange ideas with the women both on LUCID’s team and on the teams of our collaborators. We really do work with some of the most knowledgeable and competent women I’ve met, and I don’t take that for granted; I feel privileged to be able to connect with and learn from them on the daily. I'm also grateful to be working on a team where around half of us identify as women. We've always made a conscious effort to ensure that career opportunities at LUCID are broadcasted to diverse audiences, and as a result, we have the privilege of working with a diverse group of talent, both in terms of gender and cultural background.

LUCID operates at the intersection of AI, music, and mental health, so our work covers a lot of ground in terms of research, technical development, user experience, and business strategy – and the breadth and depth of the team’s knowledge and skill never ceases to amaze me across the board. In addition to that, I think we’ve cultivated a solid workplace culture and communication where people feel comfortable sharing their ideas and being authentic, and the whole team deserves credit for supporting and driving that.

‍Are there any prominent women musicians who inspire you?

‍So many! You might have to cut me off on this one. I’ve been reading about and listening to the work of some of the women who made major contributions in the early days of the electronic music scene, like Wendy Carlos and Pauline Anna Strom. Discogs put out a nice blog piece about this. From my perspective a lot of DJs and producers setting the pace today identify publicly as women (to my knowledge), like Courtesy, Bambii, Avalon Emerson, Or:la, DJ Gigola, Wondagurl. (I could go on.) Lately I’ve also been listening to ‘Hear My Cry’ by Sonique on loop – I believe she’s the lead producer on most of the tracks, and the synth lines are amazing. Feist’s songwriting has long remained inspiring and emotive to me. Across the board of music, tech, and health, there are big shoes to fill. It’s cool to be taking this walk with them.

The Effects of Music & ABS on Anxiety: Clinical Trial Results

Results from our clinical trial studying the effects of AI-personalized music and ABS on anxiety.
Read now