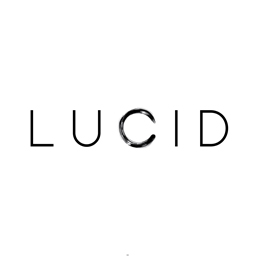 With the economy in the doldrums amid persistent reports of inflation, rising interest rates and an imminent recession, Canadians are feeling the heat despite the arrival of the cool fall air.

In this (hopefully) late stage of the pandemic, Canadians have seen their budgets stretched and savings eroded. In the second quarter alone, nearly $1 trillion evaporated from household wealth—the sharpest quarterly decline since tracking began in 1990. Meanwhile, households added more than $56 billion in debt, outpacing income gains through the quarter.

Are you nervous yet?

Depending on where you stand in this complex mix of market economics, you may still feel “comfortable,” but it’s more likely you’re simply “coping” or outright “stressed,” according to the latest annual National Payroll Institute survey. Understandably, in this “post-pandemic” year of uncertainty and fear, fewer people are comfortable and more people are coping or stressed.

The feds have yet to declare a formal recession, one definition of which centres on two successive quarters of negative GDP growth.

Another more general definition of a recession is a period in which economic growth significantly declines and unemployment rises, and more than half of Canadians feel like the country is there in all but name.

While Canada’s most recent official recession spanned from COVID-19’s first wave in March 2020 until August 2021, many economists believe another one will rear its ugly head by 2023—and possibly even by the end of this year.

Some economists have voiced concerns about potential “stagflation,” a convergence of economic stagnation and high inflation unseen since the 1970s.

“This is a once-in-a-generation problem,” Concordia University economist Moshe Lander told the Financial Post this summer.

While inflation has cooled to seven per cent from this summer’s 40-year high of 8.1 per cent, most Canadians believe prices will continue to climb—and public sentiment often feeds into economic outcomes such as recessions.

On top of slow economic growth and high inflation, layoffs have also plagued the Canadian workforce, which lost nearly 40,000 jobs in August plus another 74,000 across July and June.

The economic landscape and its resulting worries are vast: while your financial anxieties may relate to day-to-day expenses, inflation or increased rent, other folks may be stressed about investments or retirement savings.

Some forces exist beyond our control – such as inflation and a potential recession – but other aspects, including personal spending, can be more readily managed.

Acknowledging your anxiety and learning to accept your situation are critical to managing your mental health in times of stress.

“It comes back to ‘what is within our control that we can work on?’” therapist Ed Coambs, who specializes in couples financial therapy, told the Financial Post.

Coambs often encourages his clients to track their income, expenses and spending before taking small steps towards their financial goals, something he described as “empowering.”

Once you have your goals in mind, financial experts also suggest maintaining your long-term plan despite any fear and uncertainty that may arise.

“Not making decisions in a high emotional time is important,” behavioural finance professor Victor Ricciardi, the author of the 2017 book Financial Behavior, told the Financial Post.

The Power of Music

With your finances organized and goals laid out, you can also use music to ease your fears about economic uncertainty.

LUCID has found clinical success with its patent-pending Affective Music Recommendation System (AMRS), a groundbreaking, non-intrusive solution to treating anxiety. Taking a data-driven approach to traditional music therapy, LUCID’s AMRS wields a deep reinforcement learning neural network to curate, measure, deliver and further optimize personalized playlists alongside auditory beat stimulation. The platform predicts and spontaneously responds to users’ reactions to the digital therapeutic, allowing them to reach their target mood state with a reduction in anxiety—something with far-reaching implications for financial uncertainty and other mental unease.

During these unprecedented times, prioritizing mental health may be put on the backburner for some Canadians hyerpfocusing on their finances and job security. It’s important to remember, that the body and mind are interconnected and neglecting the health of the mind may lead to further complications that lead to deeper worries overall.

Music can often serve as the soundtrack to one’s everyday life and routines. Intentionally listening to validated music proven to reduce anxiety can be the key to reaching deeper parts of the brain, and therefore body, to activate dormant motor, emotional and creative areas.

While hearing “don’t stress!” may be easy to overlook and can be hard to hear during rough times, leveraging the power of music to empirically reduce physiological and psychological stress can be the key to a balanced mind.

Thanks to everyone who checked out our AI music therapy demo at HLTH 2022 Las Vegas!
Read now

Experiencing anxiety & stress related to the economy? There may be a low-cost solution to get through these times...
Read now